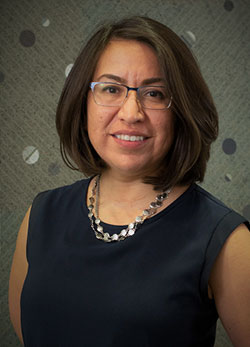 Prior to joining the City Manager’s Office, Mrs. Cruz-Acosta was the marketing and public information officer for City of El Paso’s Mass Transit Department, Sun Metro. She was instrumental and extraordinarily successful in the bilingual rebranding of the award-winning system.